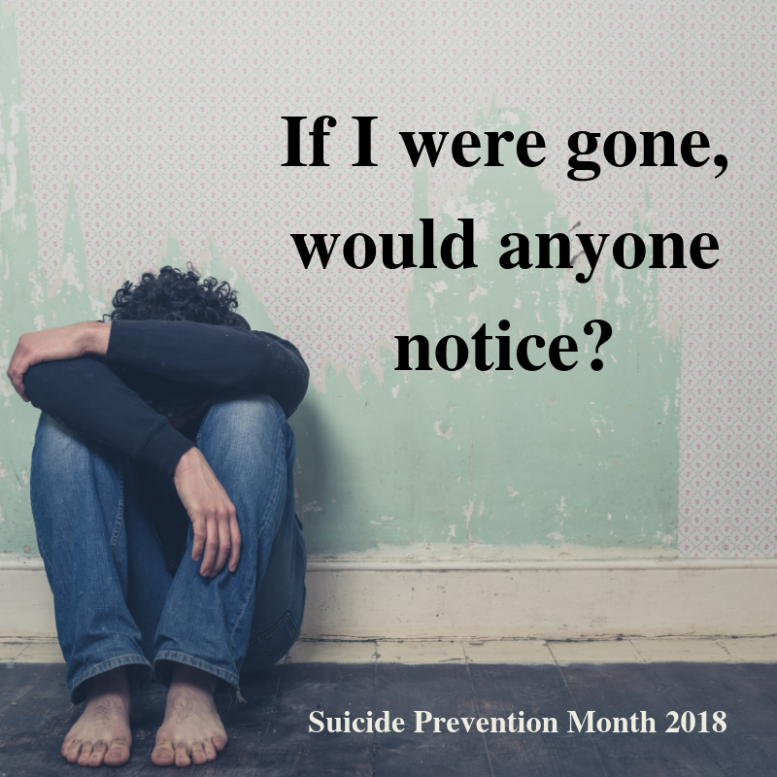 September is Suicide Prevention Month. Are you aware that there is something you can do to prevent suicide? It is sometimes a daunting thought! 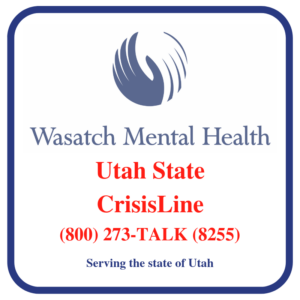 The Suicide Attempt Survivors Task Force of the National Action alliance for Suicide Prevention tells us if we want to reduce suicide rates, we need to listen to what suicide attempt survivors have to say. Since people who have attempted suicide are more likely to die by suicide, engaging them in their own care can help reduce their risk. Survivors can also serve as models of hope for others at risk of suicide. When we encourage people to share their lived experience (i.e., living through a suicidal crisis) it allows for better prevention planning, treatment, education, enhanced safety, and reduced suicide attempts and deaths. Their involvement can also reduce the discomfort and discrimination related to suicide and mental illness.

What we think people need.  Many times there is a lot of fear when someone starts talking about ending their life. Our common response is to call crisis or 911 or send them to the emergency room. We make an assumption about what someone needs to be safe because we are either afraid that they will end their life or we do not take the time to hear their story. We think they need emergency medical care. What they get are sirens and lights, lots of attention, some people in uniforms and perhaps an uncomfortable ride in an ambulance or police car. What they do not get is kindness, compassion, understanding, a sense of belonging. We don’t ask them what they need to be safe. When we listen to suicide attempt survivors, and we learn what their stories are and what they would’ve liked to have happen, we can create alternative responses to keep people alive.

Importance of belonging. Many times a person who is contemplating ending their life is a person who does not feel like they belong anywhere. By listening to them and finding out what they need to be safe helps them feel as though they are important and they do belong.

An alternative response. Many years ago I had a teen and her mom in my office. The teen had told her mom that morning that she was thinking about ending her life. She cried and cried that she did not want to go to the hospital. We asked her what she needed to feel safe. She said that she needed someone by her side 24 hours a day who would listen and not judge. She identified her mom as that person. We were then able to make a plan for her mom to be with her, including going to school and having her sleep in her room at night. It took a few weeks for her to feel safe, but in the end she reported feeling that her parents cared about her like she had not felt since she was little, that she was important and that she belonged. This may seem like a simplistic story, but it is true. The teen and her family worked hard to help her get to a better place.

Risk and protective factors to consider. In suicide prevention, just like in other prevention areas we look at risk and protective factors. Risk factors are those things that put us at a higher risk such as, prior suicide attempts, misuse of alcohol or other drugs, mood disorders, access to lethal means, social isolation, knowing someone who died by suicide to name a few. Risk factors can vary across groups such as stress resulting from prejudice or discrimination or historical trauma suffered by American Indians or Alaskan natives due in part to resettlement, and destruction of cultures and economy. Protective factors are personal or environmental characteristics that help protect people from suicide. Some protective factors include effective behavioral health care, connectedness to individual, family and community, life skills such as problem solving and coping skills and the ability to adapt to change, and sense of purpose to name a few. 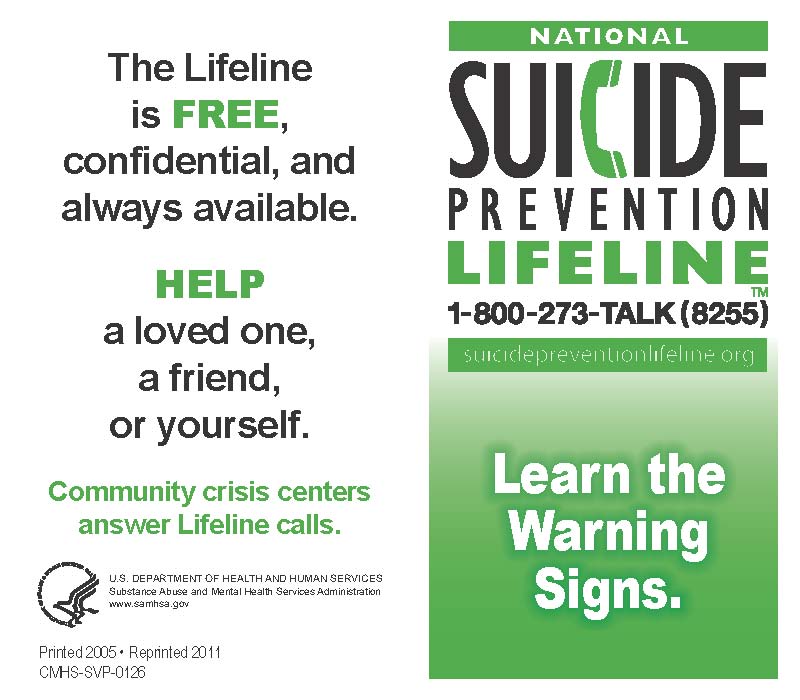 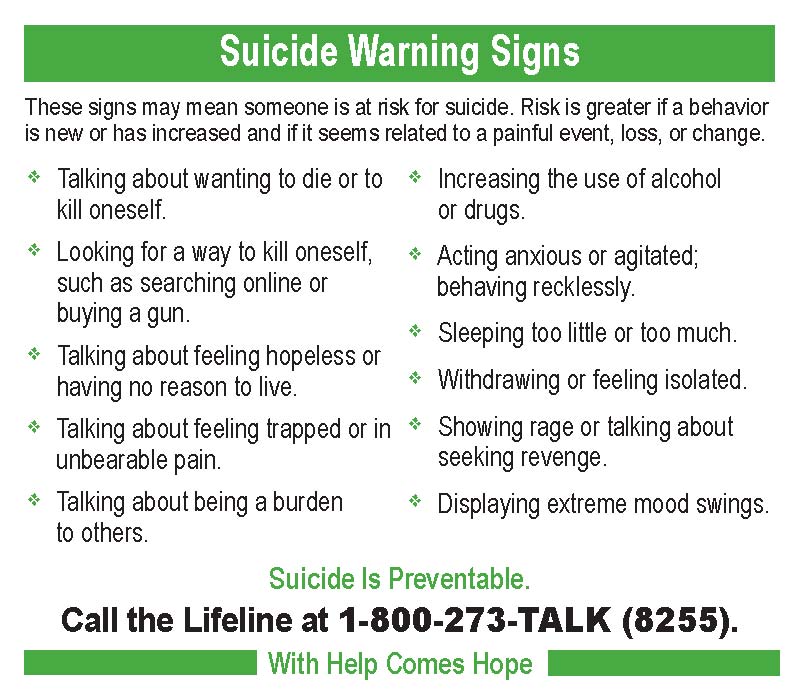